Korean Constitutional Medicine, or Sasang, is attributed to Dr. Jema Lee (1836~1900).  The premise is that all humans fall into one of four body types, or constitutions. Understanding the differences of each type can help physicians better treat patients as their treatments would become ever more precise.  South Korean researchers at public and private hospitals have gone great lengths to prove that measurable, objective differences exist.

Many Korean medical texts claim that this is an original idea from Dr. Lee, and many Chinese physicians claim that Sasang has nothing to do with Chinese medicine.

The foundational and one of the oldest texts of Eastern Medicine called, Huang Di Nei Jing, was written in China thousands of years ago and will let us know is Sasang is a uniquely Korean invention.  First, the four body types of Sasang are:

Chapter 72 in the second half of Huang Di Nei Jing describes body types: 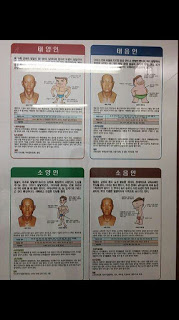